Something wicked this way comes!

I dragged my taxidermied animals over my flat bet scanner, while it was scanning. The result are some funky fun-images of nightmarish monsters. 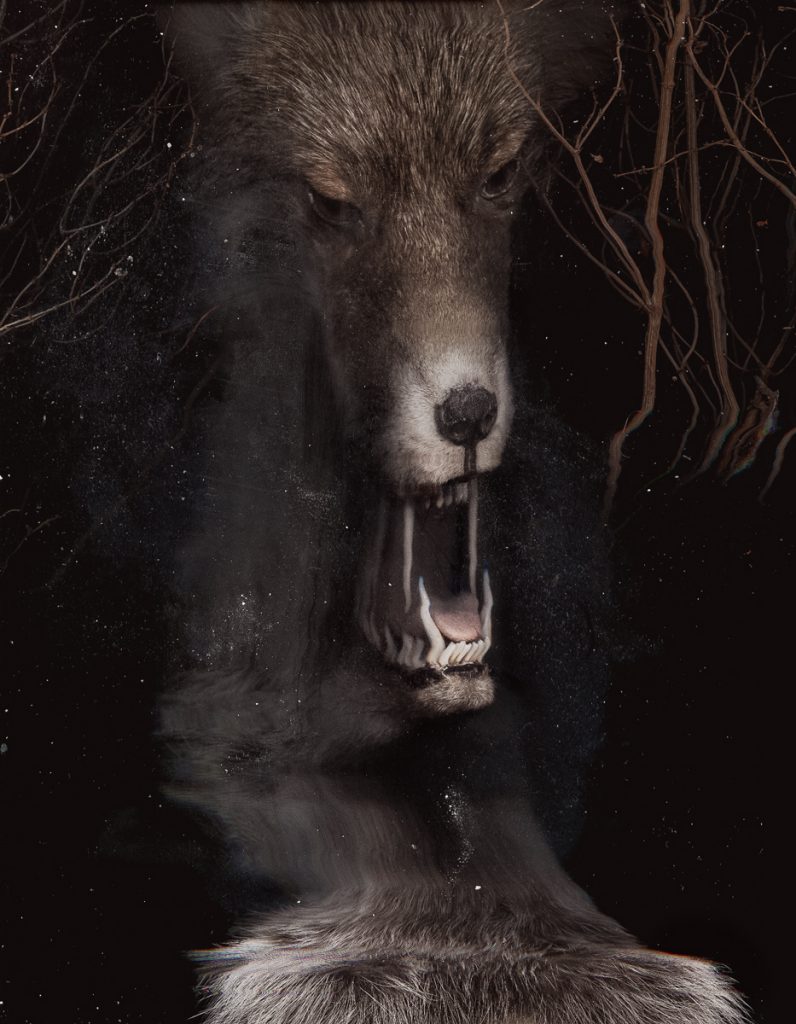 Background and more images in the full article.

It started out as an experiment

Basically, the project started in December of 2015, as I took a “experimental photography” class with James Higginson. Until this day, he remains as an outstanding artist, coach and mentor as one of the few people who helped me understand, nurture and cultivate my creativity even more.
(An interesting interview on him can be found here)

In this class I created many other groundbreaking projects (for me), but this one was a funky side effect. Discovering something new is always fun!

Drag it over the scanner and make it surreal!

The idea of “dragging objects over the scanner while it is scanning slowly from top to bottom” is a concept I use since 2010 occasionally. 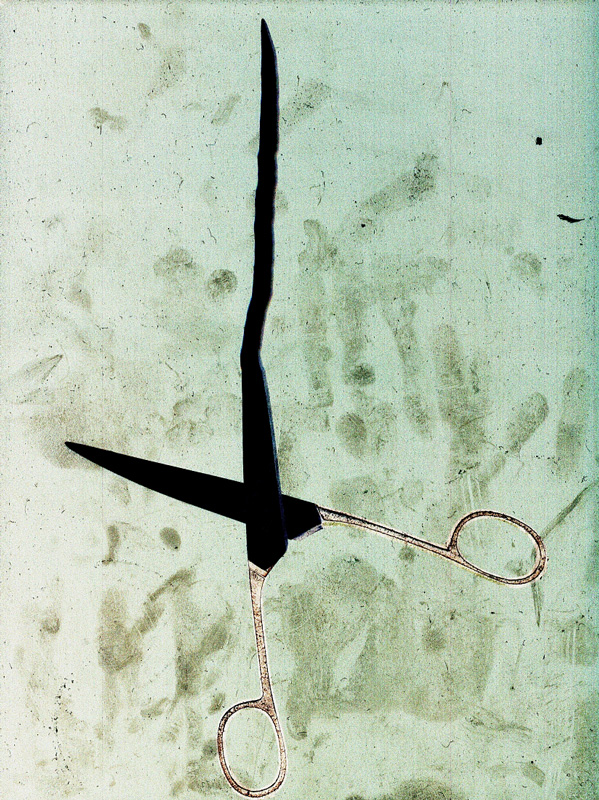 (“Paranoia, 2010, from the series ‘contemplating on disorders’)

It is pure magic, how this device can distort objects, bend them, even create color-glitches. This is different to ‘usual’ photography, but still I consider it very similar to photography, as a light-sensitive, non-human device catches the information it is given to build an image out of it (with the element of time).

My visual origin strives a lot on images from the european period of dark romanticism and the famous, nightmarish painting of Füssl followed me for ages. Finally I found a way to make these strange creatures come to life, that creep out from the shadows, distorted, ugly, weird: I can use (taxidermy) animals I already own and distort them.

The darkness of the scanner helped also a lot to create the nightly atmosphere. (The reading device does not catch any information that is more than 10 cm away and keeps it therefore black). 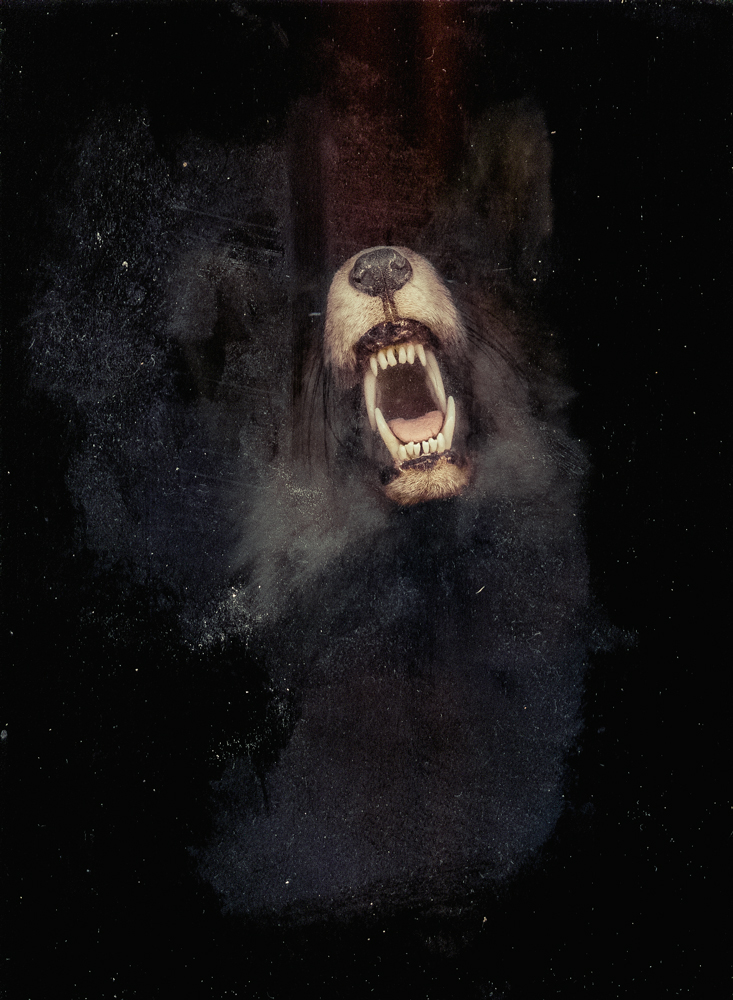 (and yes, to make it even scarier: the dust on the surface is some face goo, as I rolled my own face over the scanner before I started with the animals. Brrrr!)

The faster the items are pushed over the scanner, the more color-glitches they create. I love it! 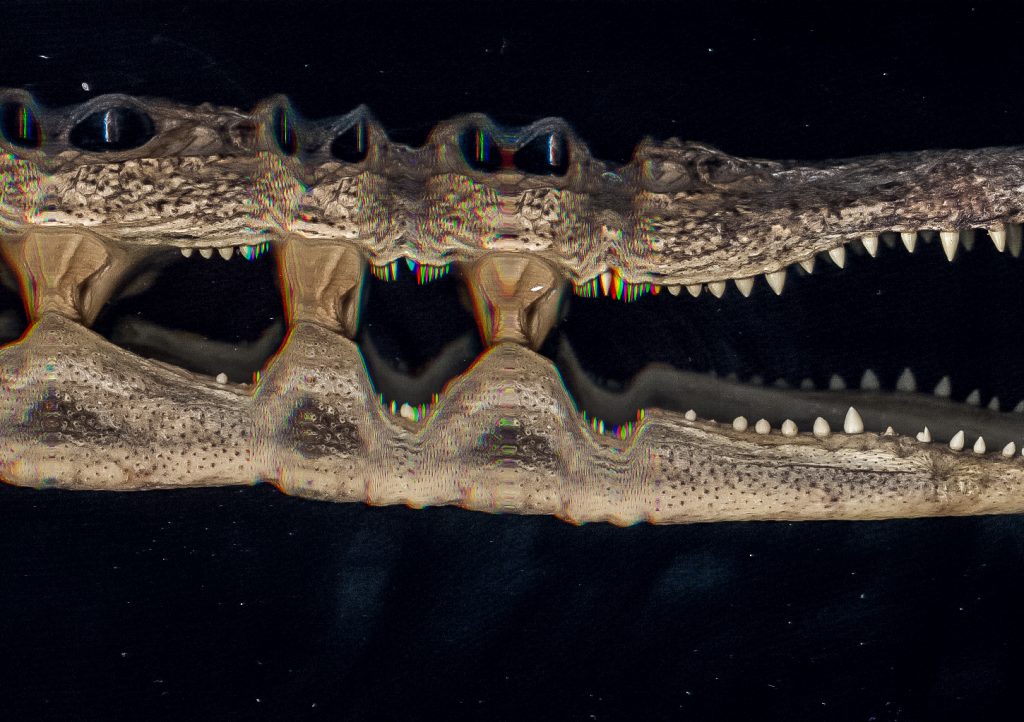 The project came December 2015 to a hold, as I was occupied with more important projects. In August 2018, as I started to publish my works (as a side task for my freelancer business) and the sweet Emma Kisiel who owns an inspiring yet dark animal/nature blog announced her interested on the images.

The images I created in 2015 were not enough to make them into a sustainable full-body series. 2018 I set down again and toyed with my animal friends. (also in preparation of a future project that will deal with Edgar Allen Poe) 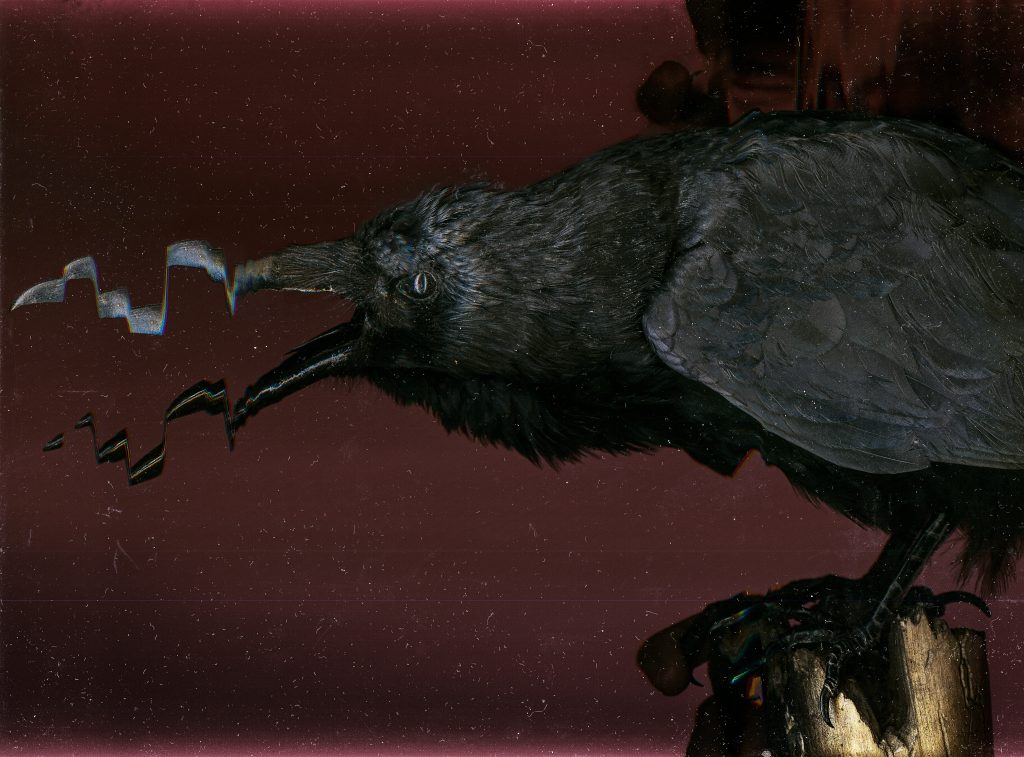 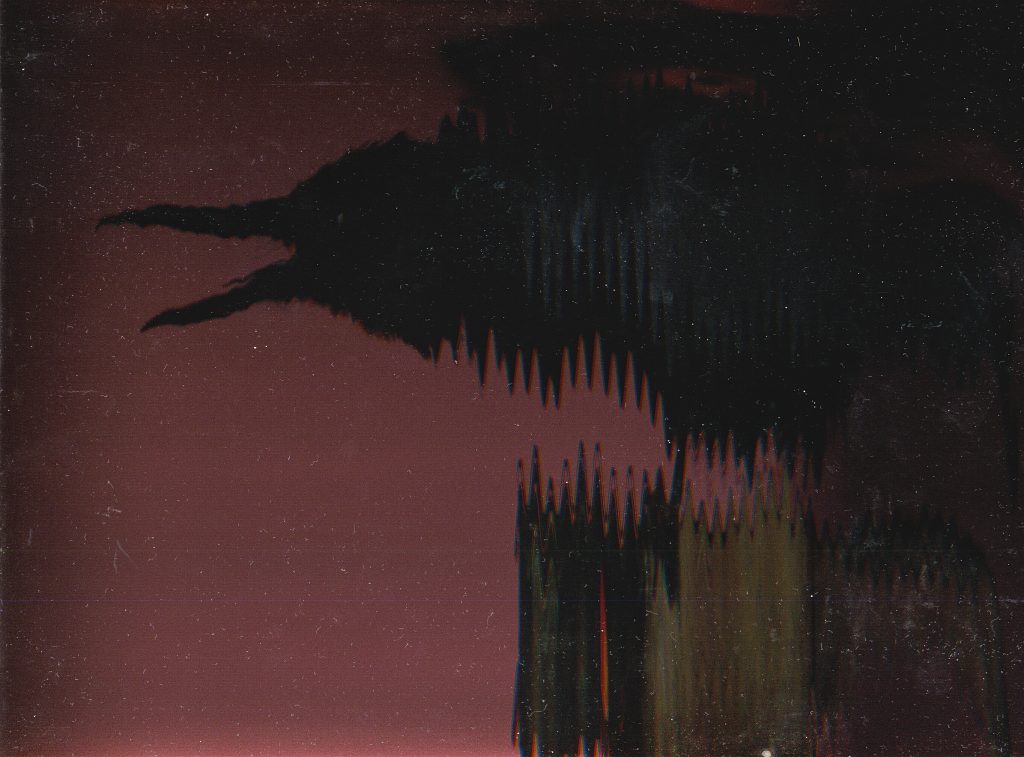 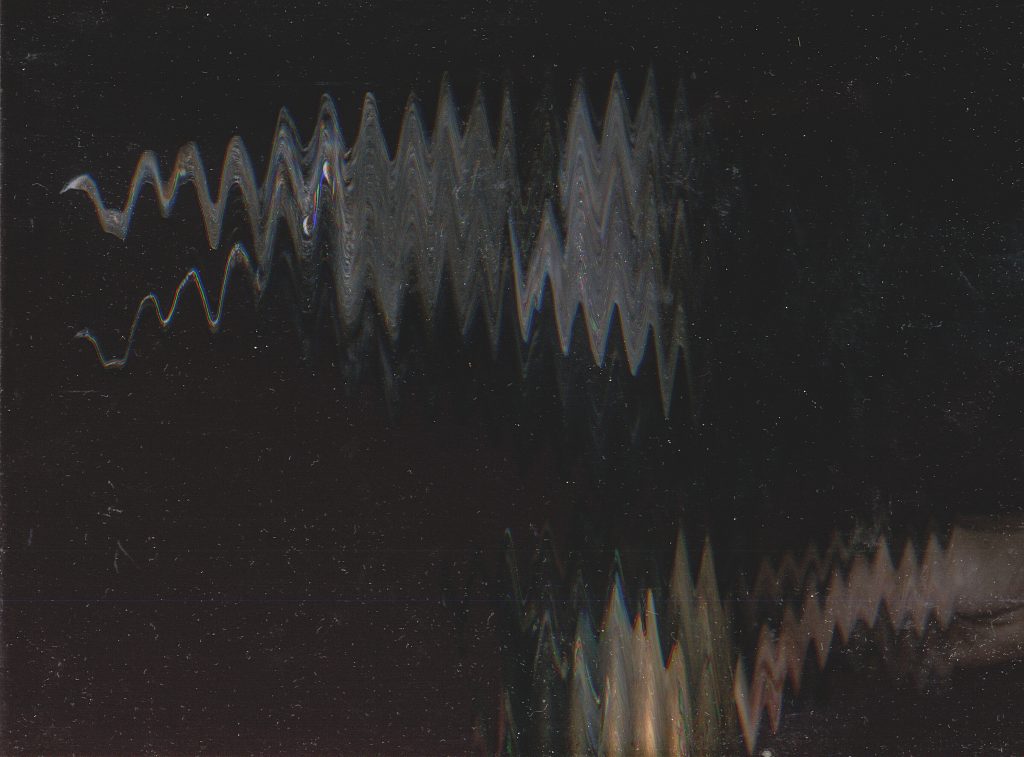 I am in awe of what my cheap 20€ scanner could do. As I held the raven 7cm away from the surface, it went all dark and shady. I shook it from left to right constantly, to create the ‘fuzzy’ edges.

To me, they look like different meta stages of de-materialization, just like a bad dream that slowly dissolves into oblivion. 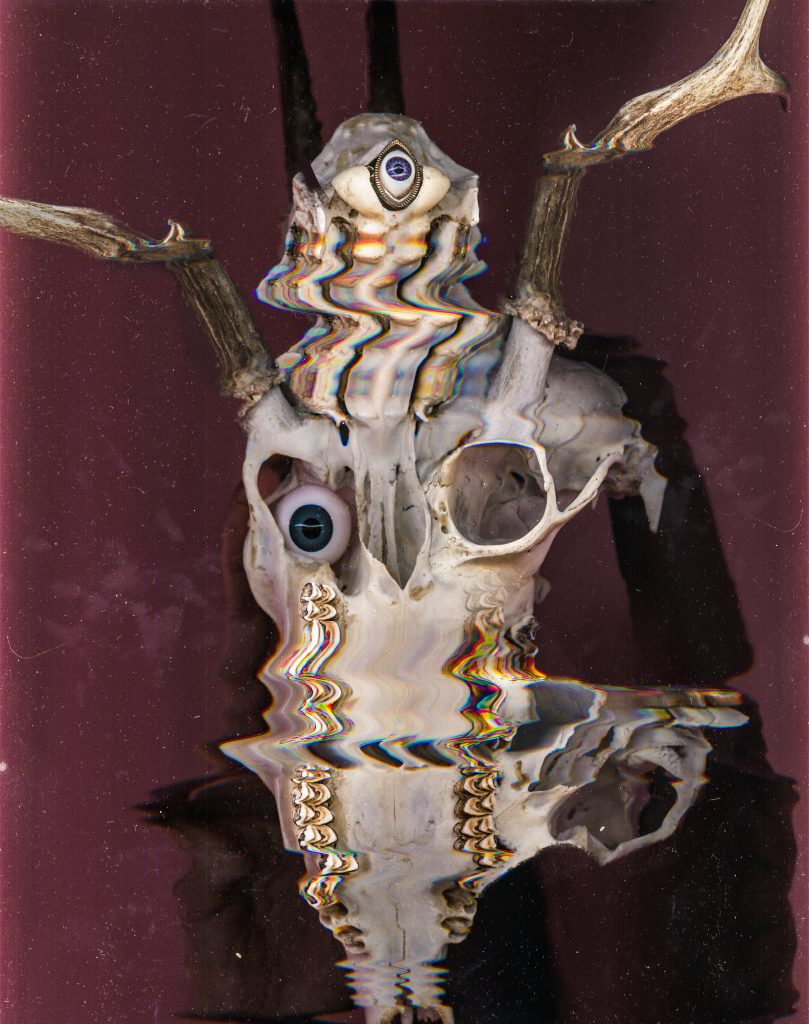 Also, my funky deer skull had a short entrance (because it looks like a second skull with a cyclops eye hole from the bottom side). Some doll toy eyes later it was a fully grown monster. 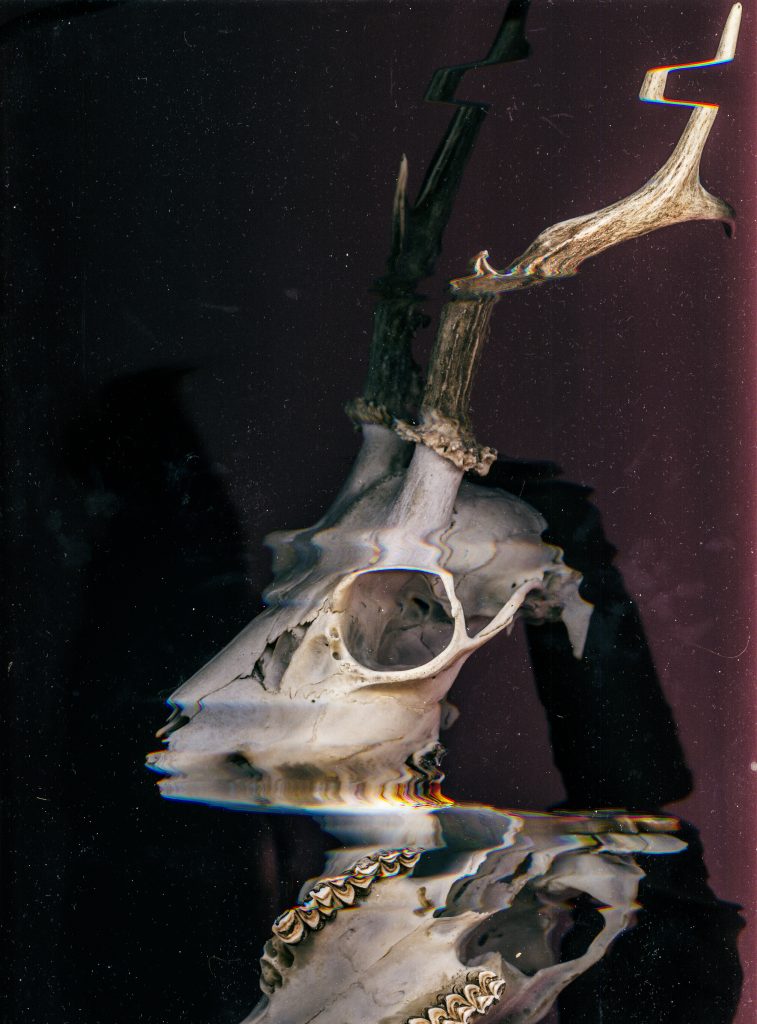 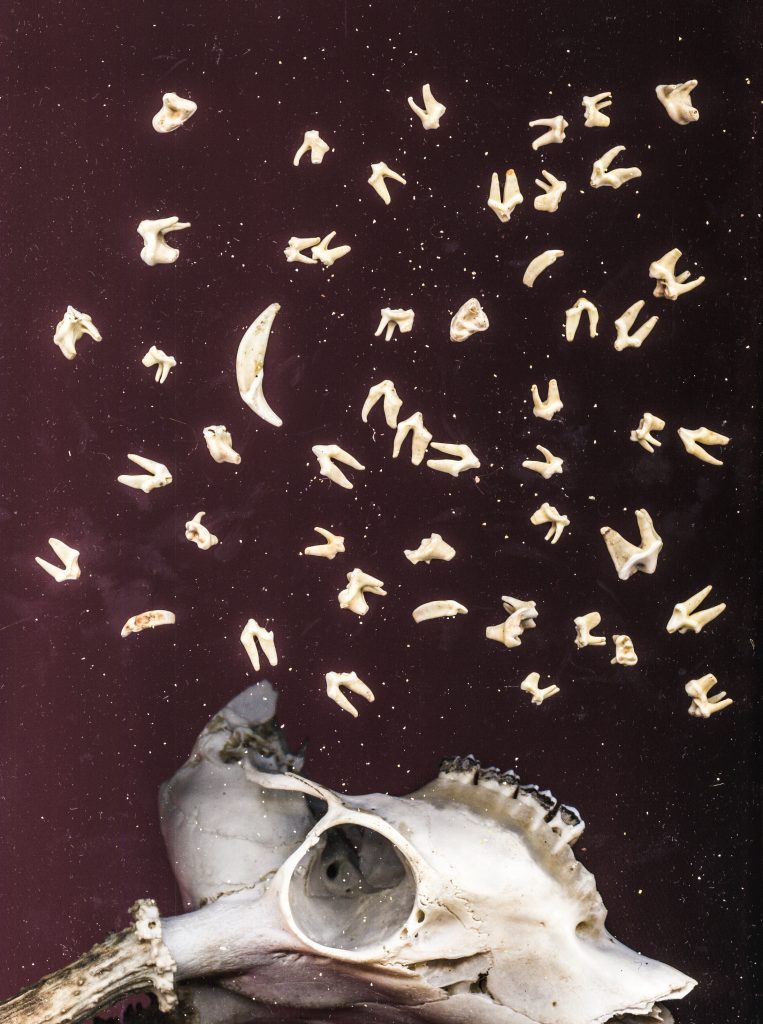 The images in 2018 were also inspired by the poetical sci-fi thriller ‘Something wicked this way comes’ by Ray Bradbury: Cooger & Dark’s Pandemonium Shadow Show has come to town, to destroy every life touched by its strange and sinister mystery. The carnival rolls in sometime after midnight, ushering in Halloween a week early. A calliope’s shrill siren song beckons to all with a seductive promise of dreams and youth regained. Two boys will discover the secret of its smoke, mazes, and mirrors; two friends who will soon know all too well the heavy cost of wishes…and the stuff of nightmares.

The complete series can be found here.