Johannes (Hänsel) & Annegret (Gretel) are getting married and asked me to create a couple portrait for their wedding invitation.

As their nicknames suggest, we reenacted the fantasy movie “Hansel & Gretel” (2013), : two siblings make witch-hunting their glorious (and very effective) profession. Whatever dark forces await them, together, they are ready for battle (and their wedding)! 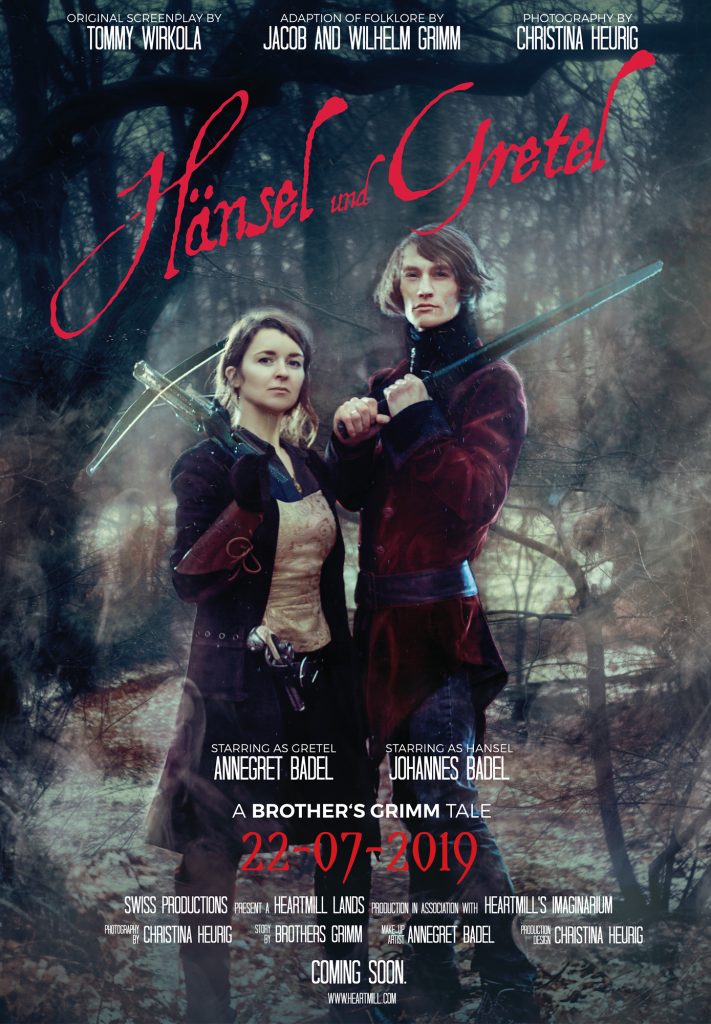 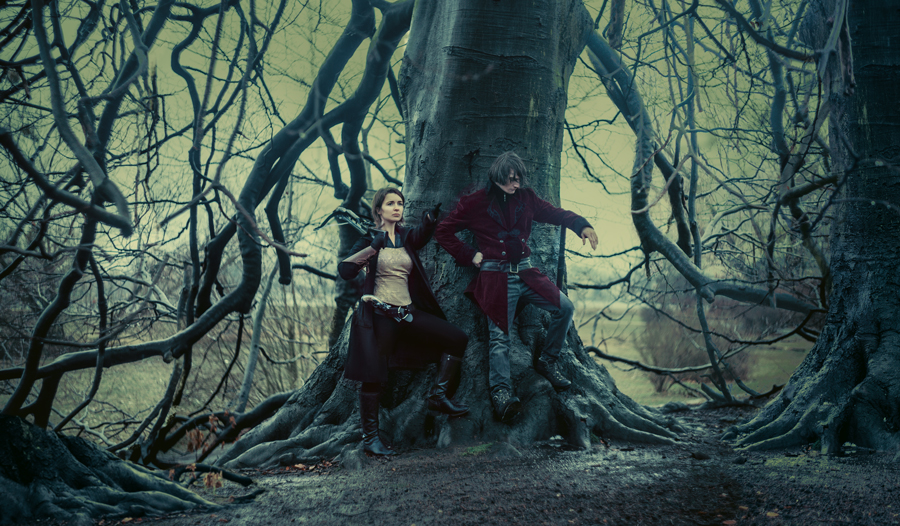 Anne approached me in December, asking for specific portraits to re-invent them as medieval fantasy couple – for their wedding invitations! I feel so honored, as they are such warm-hearted, creative and strong characters with a a lot of humor. They already went through some very bone-shaking battles together – that’s why the movie inspiration just felt right to me.

The original movie plot features the siblings Hansel & Gretel, being left out in the woods, who killed the bad witch after she captured them in her gingerbread house. (classy!) after that, they roam the woods with vintage bow and futuristic pump-guns to hunt every damn witch in da house. (what fun!). 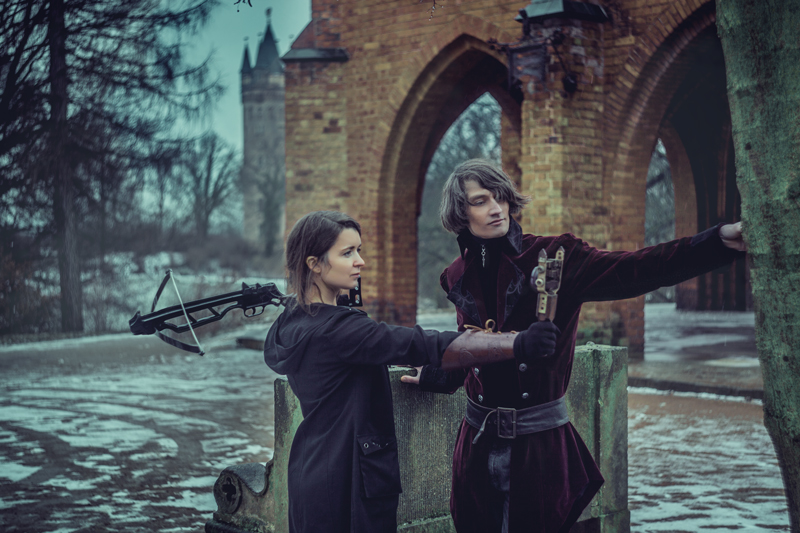 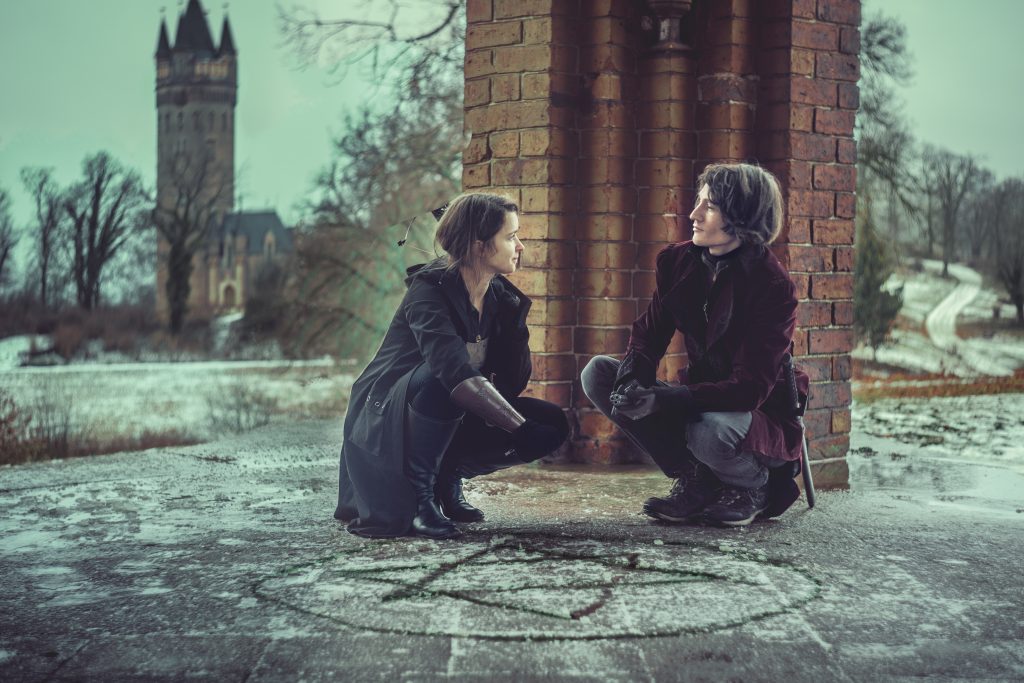 To complete the story, I brought a hunting bow, brass compass, some leather gloves, vintage colt and other props for us to play with.

For the typical fantasy-genre look, I chose the fairytale-like, romantic Schlosspark Babelsberg, near Potsdam. With the picturesque decor buildings the whole park looks like a medieval landscape – you feel taken back in time! Crows cutting large circles into cold air, wet fog clinging to the trees and powdery snow – it was the perfect, cinematic day for it. Anne, Johannes and me felt just like it was real! 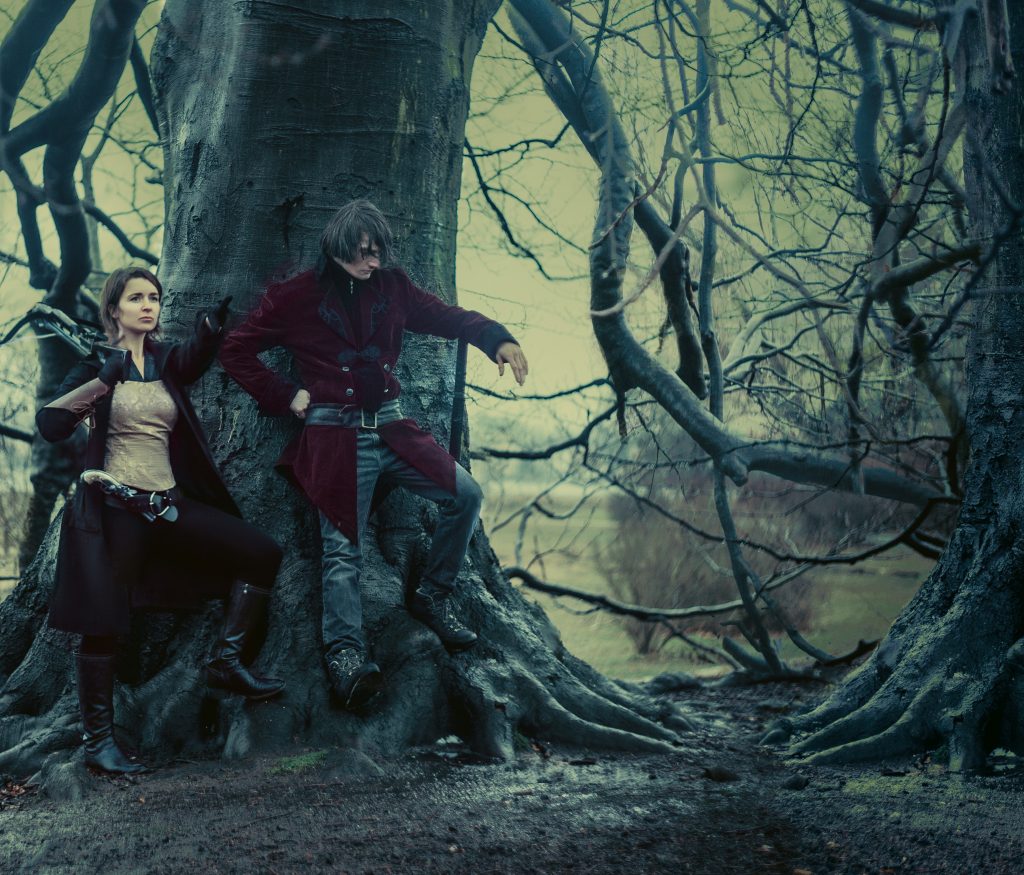 “On the look-out for the next adventure. There’s always a battle to fight.”

I also took them to a large, old, gnarly tree standing lost in the middle of the park: bare-branched, gnarly and straight out of a Tim-Burton movie. We all loved the tree so much and the final image turned out like a movie still. I duplicated the thick tribe left and right later in Photoshop to enhance the ‘wood-like feeling’ – one of my favorite images! 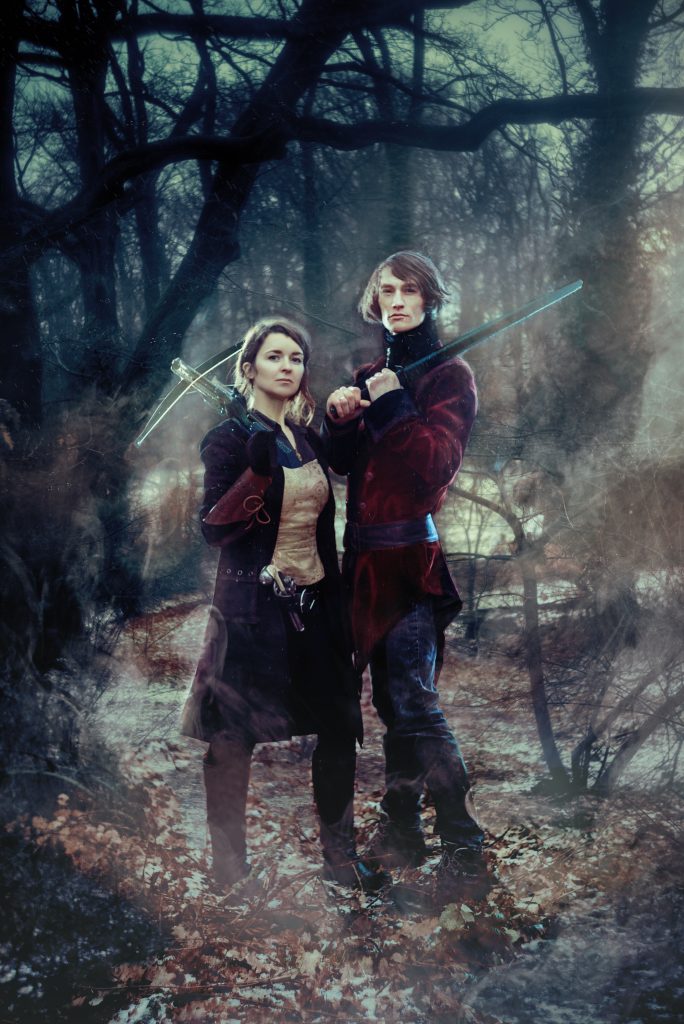 It was so much fun and easy to work with both of them. We had a really great time and lots of inspiring conversations during and after the shoot: we extended our adventure to warm up at a super delicious thai restaurant nearby.

They’re ready to fight even the darkest battles – and the invitation cards they’ll send out soon will show it.

Anna and Hannes: you are epic! Thank you so much! 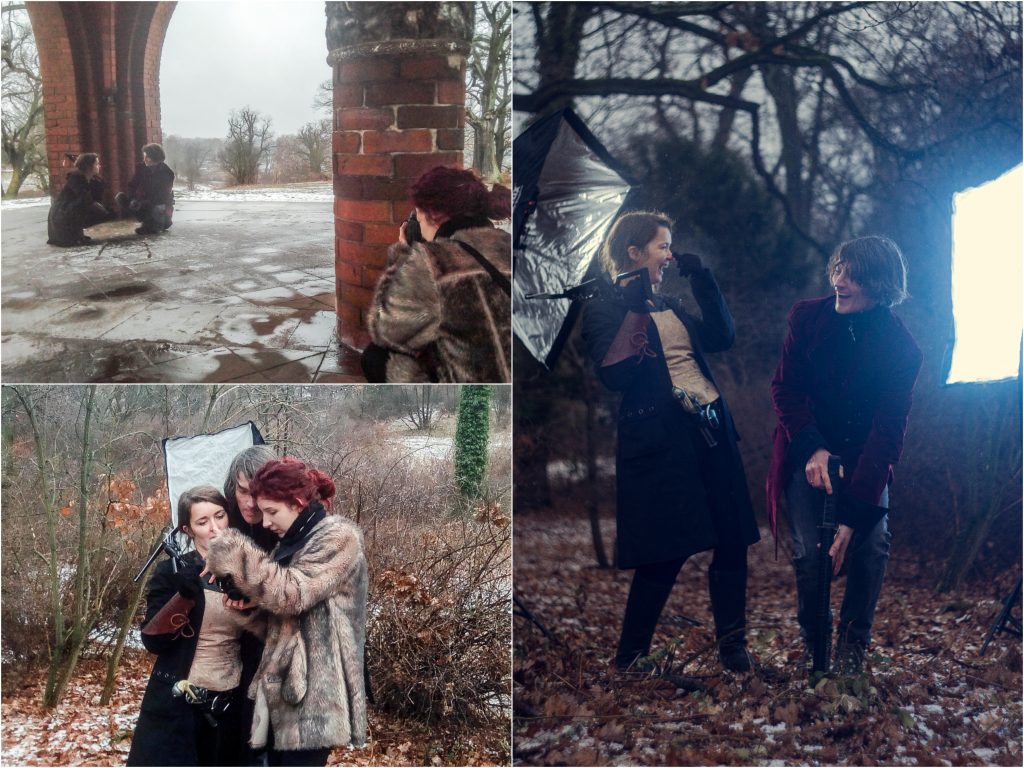 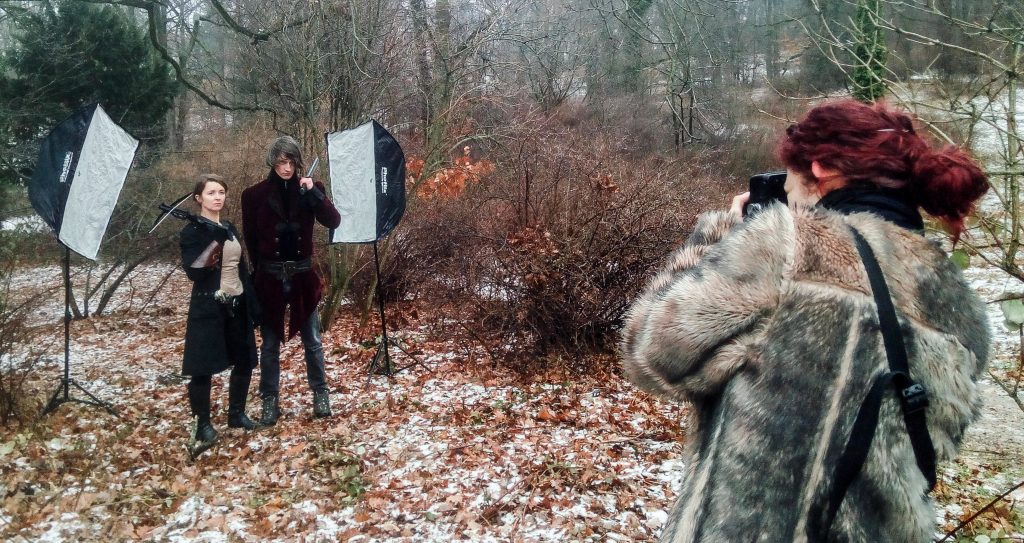